Updates of TC Chairperson’s Report on Caxias do Sul 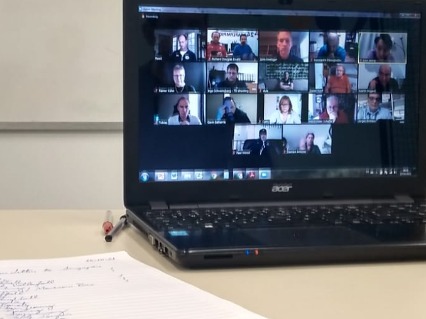 The screen from Richard Ewald and Gustavo Perazzolo’s view showing TDs’ participation in the virtual conference with the TC chairperson. 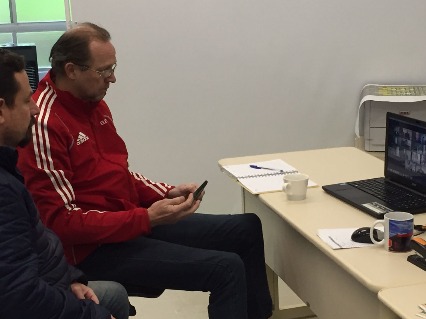 Richard Ewald, the Chair of the CdS Organizing Committee and Gustavo Perazzolo, the ICSD interim President watch intently as the TDs take their turns reporting to TC chairperson Martin Bogard on the venues for the upcoming Deaflympics at Caxias do Sul. 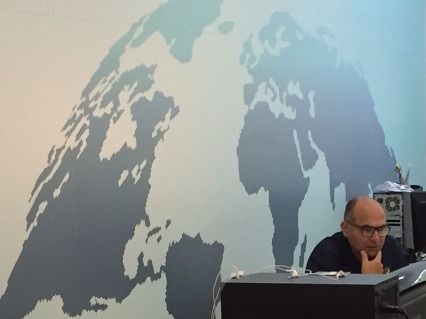 TC chairperson Martin Bogard moderates the virtual conference with the TDs, gathering their reports on the venues for the upcoming Deaflympics in Caxias do Sul.

Martin Bogard, the chairperson of Technical Commission (TC) and Technical Director (TD) for Badminton recently had a virtual conference with several TDs to receive their reports on the venues they were assigned to check out. Their reports also included livestreamed shots of the venues.

Overall, Mr. Bogard was very pleased with the outcome of the TD’s reports. They were overall positive. The reports also included funding approvals by sponsors for some venues to be upgraded to international competition standards as well as accommodations for spectators.

Mr. Bogard was also excited to share the location where the Deaflympic Square will be. It is very huge and will easily accommodate command center facilities (accreditation, audiogram testing, media, etc.). Another big plus about the Square’s location is that the average travel time to reach the venues and back is only 15 - 20 minutes.

Furthermore, he said that on a hill not far from the square, the Deaflympic cauldron will be placed there. When it is lit, it will be easily viewed by over half a million people living at Caxias do Sul. It would certainly have the power to increase Deaflympics’ recognition!

More reporting about Caxias do Sul is forthcoming.