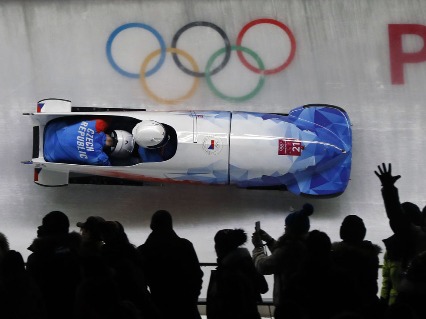 Jakub Nosek was born on 30 October 1989 in the Czech Republic. At the age of 29, Jakub is a Czech bobsledder participating in the Winter Olympic Games in Pyeongchang. He competed in the two-man and four-man event at the 2018 Winter Olympics, as well as the 2009 Deaflympics in Taipei, 2013 Deaflympics in Sofia, and Samsun 2017 in athletics in four various events: high jump, long jump, decathlon and javelin throw.

Jakub became Deaf after contracting meningitis at age 3. He lost 99% of hearing in his right ear and 80% in his left ear.

Four years ago, Jakub was invited to try the sport by Czech bobsledder Radek Matousek. The pair had studied at the same time at Charles University in Prague. He trains five to six days per week. Jakub wrote in his interview with ICSD Media: “Bobsleigh is not a mass sport, it is only for a few athletes and year by year, we are out of some guys from time to time. In four years ago, they came to me and asked if I would take a try, so I did. After practising in 4 years, I am the best on my team and representing my country in Olympics.”

He used lip-reading and normally speaking in both languages, Czech and English, to communicate with his coach and teammates. About his experience in the Olympics, Jakub said: “I think that most athletes don"t know about my hard of hearing, except my teammates, of course, some our bobsleigh athletes from other countries know that, and they are absolutely fine, no problem. I feel like I have no handicap. However, my teammates often do some hard jokes about hearing, but that"s ordinary.”

“My life story is now boom there in Czech, I am giving a lot of interviews and many people consider my story as very inspiring”.